"The Vagrants" by Yiyun Li

"The Vagrants"
By Yiyun Li 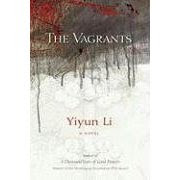 "The Vagrants," Yiyun Li's extraordinary debut novel, is set in China in spring 1979, two years after the death of Chairman Mao and the arrest of his wife, Madame Mao, and her gang in the central government. The Cultural Revolution has been declared a failure and the party has launched "a new Communist era full of love and progress" to lift up the masses. In the countryside, after years of the people's commune, peasants are being allowed to own their land. In the newly industrialized town of Muddy River, where 80,000 people live in blocks of shabby, one-story houses, young people are returning from rural re-education camps to work in factories and the shops along main street.

Among those returning is Gu Shan, 28, a former Red Guard, who, after serving a 10-year prison sentence for denouncing Chairman Mao, is about to be executed as an unrepentant counterrevolutionary. The novel opens on the morning of her execution, which is also the first day of spring. Gu Shan's mother is gathering a bag of clothes to burn at the crossroads in a Chinese burial ritual to ensure that her child will be kept warm on the journey to the next world. Her father, Teacher Gu, who is having troubles of his own finding someone to bury their daughter's body after she is executed, cautions his wife against a public display of grief: "It's superstitious, reactionary—it's all wrong."

To read more of Conan Putnam's review, please click here.
Posted by CHertzog at 10:50 AM