'The Big Rich' By Bryan Burrough

'The Big Rich' By Bryan Burrough

The title of “The Big Rich,” Bryan Burrough’s new book about Texas oil money, serves as shorthand. “Big” turns out to mean extravagantly vulgar; it means having the kind of taste that prompted Frank Lloyd Wright, referring to what was said to be Houston’s most fabulous hotel in 1949, to remark that he had always wondered what the inside of a jukebox looked like. “Rich” signals that vast fortunes don’t always last, and that a man who once owned millions of acres of oilfields and thousands of head of cattle could go so broke that even his water cooler and lawnmowers would wind up confiscated. Voyeurism and schadenfreude are the forces that drive this book. 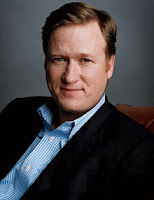 Mr. Burrough, the business-savvy Vanity Fair correspondent, grew up in Texas, perhaps watching “Dallas.” But he didn’t have firsthand knowledge of the Texas that this book tries to summon. And the oil barons about whom he writes, ostentatious as they were, had little interest in leaving behind records of their financial dealings or domestic extravagances. So “The Big Rich” gets much of its information secondhand. It makes far too ready use of phrases like “What happened next has never been explained.”

Describing this account as “an engineered history,” Mr. Burrough proceeds to engineer it into a stock, familiar format. He chooses four tycoons out of the many who struck it rich during the boom years from 1930 to ’35. “If Texas had a Mount Rushmore, their faces would be on it,” he writes of Clint Murchison Sr., Roy Cullen, Sid Richardson and H. L. Hunt, caricaturing these figures as “a good ol’ boy,” “a scold,” “a genius” and “a bigamist.”

Since their stories do not automatically interlock, Mr. Burrough relies on metronomic crosscutting to shape his narrative. This structure is arbitrary and feels that way. And the book’s most memorable oilman, Glenn McCarthy, is a whole other breed of showoff, a man who wound up as a character in “Giant” and really did leave a tabloid trail. Two McCarthys, Glenn and Senator Joseph, are compass points in the Texas of “The Big Rich,” but they don’t fit into Mr. Burrough’s central constellation. “The Big Rich” is also engineered into the standard arc of a success story. So it begins with 100 long, dusty pages about the discovery of oil in different parts of the region. (This book, illustrated with too few photographs to do its characters justice, desperately needed a map of oil fields.) At this early stage of the game Mr. Burrough’s main job is to find different ways to describe what it was like when a gusher came in.